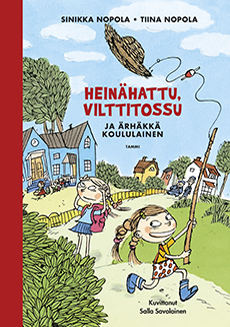 Ruby & Ficelle and the Sassy Schoolgirl

Ficelle’s love of fishing makes her play a trick on Ruby and her class!

Ruby has started school. Ficelle is envious when she hears that Ruby’s class is going on a fishing trip. She goes as far as asking Miss Alibullen next door to write a note saying that the trip is cancelled. Yet strangely there is a Ruby who joins the class on the fishing trip. And what could possibly happen if two Rubys are on the same fishing trip?