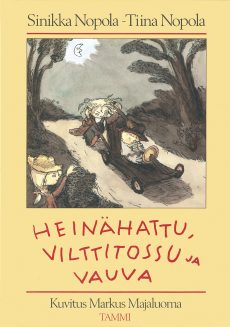 Ruby & Ficelle and the Baby

Ruby and Ficelle discover that their mother is expecting a baby.

What will become of their lives? Will they lose their freedom? The expectation fills the household to the brim. Ficelle is determined not to give in to the intruder…