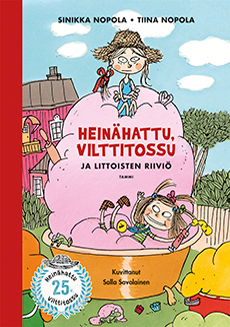 Ruby & Ficelle and the Annoying Pest

Who is the family favorite and, more importantly, who is the annoying pest in the neighbourhood?

Ficelle feels that everyone always favours Ruby over her and so she decides to go on a strike. And it works: when Ficelle stops talking, all eyes are on her. But who is the mysterious and annoying pest that the village policemen are seeking to find? All clues lead to Ficelle, and she finds herself in need of a waterproof alibi.