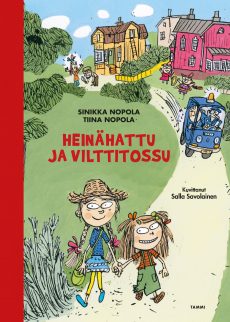 If children are bored at home, surely there is no law saying that they’d have to stay there?

Ruby and Ficelle decide to find out if things are better elsewhere. On their journey they make friends with the Misses Alibullen and Elvis Star. The girls also get to meet the two village policemen before they get very homesick…