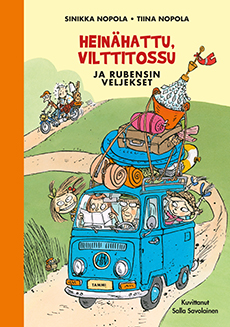 Ruby & Ficelle and the Arty Neighbours

The family are off to the countryside for a holiday!

The two artists staying next door thrill the girls’ mum to no end whereas Ruby and Ficelle are much more dubious about their neighbours’ artistic talents. The girls make it their mission to find out all they can about the Rubens brothers!