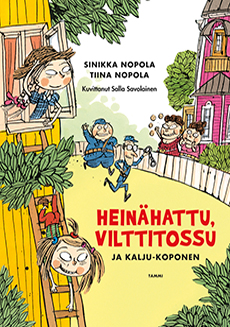 Everyone is looking out for Baldy Bob, the mean pigtail-cutting thief!

Ruby claims that Ficelle used to be bald as a baby, and this upsets Ficelle to the core! Ficelle retaliates by cutting off her sister’s pigtails while she’s asleep! Ficelle escapes the scene of the crime and convinces the town policeman that the real culprit is Baldy Bob. A hunt for the mysterious hair-cutting thief ensues! Will Ruby find out the truth? And was Ficelle really the only bald baby in their family?